CANDY THAT LEAVES AN IMPRESSION. 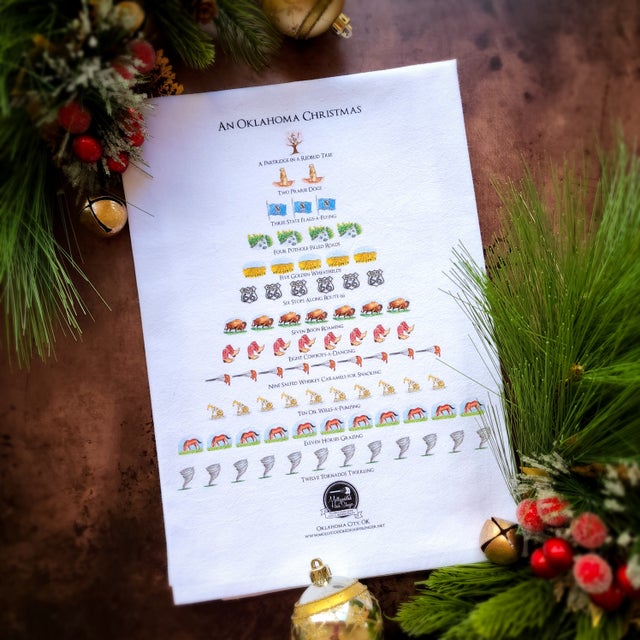 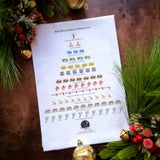 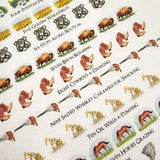 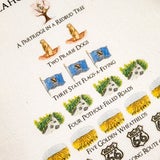 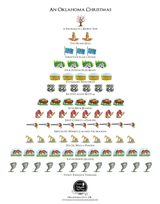 Woodward, Oklahoma artist Kim Hensal (who is the artist behind many Pioneer Woman Mercantile souvenir tea towels), worked directly with our Head Sugar Slinger to create this exclusive "An Oklahoma Christmas" tea towel. These are the perfect gift under $20, and will sell out fast. Also available in a gift set box including a 4oz box of our signature Salted Whiskey Caramels.

The images are directly printed onto a heavy duty, oversized flour sack style tea towel, meaning you can bleach them and iron them after using them (machine washable). Dimensions are 27"x27". The image is printed on the centered lower third of the towel so you can display the towel on the handle of your dishwasher or oven.

**Last year, we offered a similar tea towel in our retail store, and could not keep them in-stock. From September-November last year, many customers said, "We'll be back closer to Christmas for several to give as gifts.". Sadly, we continued to sell out with each shipment and ultimately couldn't get a December shipment. We suggest ordering NOW before they're gone for the season.**

A Partridge in a Redbud Tree

Sold out
Add to Cart